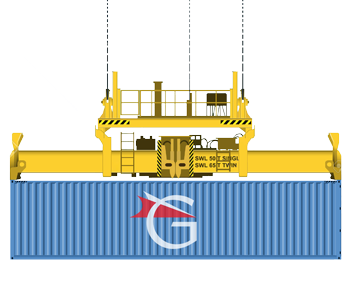 to Forward your Business

;
Our commitment to greener logistics
We are aware of the impact of the road transportation on the environment and orient our efforts to create and implement solutions to minimize it. As a result, in 2013 we decided to develop and integrate intermodal solutions in our services range and we set as goal to shift 20% of our road traffic to rail within the next 5 years.

The BtoUK project aimed to create viable road-rail connections between Bulgaria, Romania and Western Europe. First deliveries were done to UK. The project was conducted with INEA support under a Marco Polo program.

Later, the coverage of our intermodal service was extended by including traffic to Belgium, Netherlands, Ruhr area of Germany and large parts of Northern France. 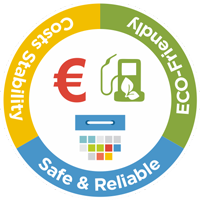 Limited impact of traffic congestion or restrictions versus road
R

On July 2018, GOPET launched its second block train and the 1st intermodal train to connect Romania and Poland, between terminals located in Oradea and Lodz.

Facing the lack of rail infrastructure across Tatra Mountains, our Intermodal Team had to implement a train running across four borders (Romania, Hungary, Slovakia, Czech Rep. and Poland), covering 1.000 km of rail path in 36h (terminal to terminal). Three of the borders are within Schengen, thus reducing the customs formalities to only RO-HU border.

Our Block train creates the first intermodal connection between two of the strongest and biggest markets in CEE, Poland and Romania (consumption, economic output and direct exchanges).

The new intermodal setup allows further connections to Scandinavia via existing connection from Lodz – Gdansk – Gdynia. As for the Balkans, the route allows quick connection with our existing block train running from Romania to Bulgaria (via Rousse to Stara Zagora with extension via road to Sofia, by means of own dedicated fleet).

First intermodal train between Ruse, Bulgaria, and Curtici, Romania, crossed the border on July 20th, 2014. Gopet organized and fully managed the block train which represented an important milestone of our project B2UK, introduction and management of rail connections between Eastern and Western Europe.

Flows on this route consolidated and allowed extensions of the line to Stara Zagora, as well as the introduction of a new Gopet block train between Curtici and Chiajna, Bucharest which opens up the connection with Constanta Port.

Intermodal activities extended also to Western Europe to terminals such as Genk, Zeebrugge, and Duisburg, enabling us to offer to clients a wider mix of transportation solutions.

Book a place on our train!